gaiamedia is a non-profit foundation founded in Basel on 23 July 1993 with the purpose of communicating information that contributes to a holistic understanding of nature and human existence.

please support our website and our other services by becoming a sponsor of the non-profit gaia media foundation or to make a donation. thank you very much.

@ Cabaret Voltaire
The Psychedelic Salon Zürich
Due to organizational issues, both Salons remain closed in January.
Susanne G. Seiler: The Love you Take is Equal to the Love You Maske. LSD in the Sixties.
Zürich | Spiegelgasse 1 | 9 February | 18 – 21 h

@ Gaia Media Lounge
The Psychedelic Salon Basel
Due to organizational issues, both Salons remain closed in January.
Julia Jus: What It Takes To Be A Good Trip Sitter
Basel | Hochstrasse 70 | 16 Februar | 18 – 21 h

Mãe D’Agua Sacred Medicine Festival
The Union of the Condor and the Eagle
A tribal gathering the Chapada dos Veadeiros with medicine people from a great variety of traditions as well as the Mãe D’Agua Tribe.
Alto Paraíso de Golás (Brazil)  | 12 January – 2 February 22

Cannatrade – International Hemp Fair + Festival
More than 250 exhibitors from all over the world presenting tried-and-tested products, novelties, and innovations.
Zürich-Oerlikon | Halle 622 | 12 – 14 May 2023

Fireboy DML & Asake
Bandana
Hearing an audience sing along in Yoruba is a joyful adventure. “Asake is arguably one of 2022’s biggest breakout stars. After years of being part of Nigeria’s underground Afrobeats scene, in the past 12 months the 27-year-old Lagos-based singer has collaborated with Burna Boy and released his debut album, Mr Money With the Vibe, to widespread critical and commercial success… Asake, whose real name is Ahmed Ololade, was recently nominated for BBC Radio 1’s Sound of 2023 award, for artists breaking through in the UK.» (The Guardian)
YBNL Records

The Jerusalem Orchestra East & West Feat. Medi Nassouli & Omri Mor
One of the biggest joys of travelling to the Levante is the abundance of music on TV. Traditional ND MODERN instruments are mixed, the orchestras themselves are often huge! The Jerusalem Orchestra East & West is a multicultural orchestra, consisting of musicians from all three religions, from all over the country and from all sectors that make up the Israeli society. A mixture of western, arabic, african and latin percussion instruments are joined by darbuka, qanun, oud, ney flute according to musical program (kamancheh, flamenco guitar).
Sony

Derya Yildirim & Grup Şimşek
Bal
Sensations from Anatolia via Germany are not on the menu every day. The language is beautiful, the music cool, the singer excellent. They deserve to be as popular as they are already in many places in the world, where they give regular concerts. “Fronted by Turkish singer and multi-instrumentalist Derya Yildirim, who lives in Hamburg, and with members in France and Great-Britain, the group is known for its contemporary take on traditional Anatolian folk ballads whilst drawing on a heady mix of psychedelia, jazz and the omnivorous pop universe of the present day.” (Bandcamp)
Catapulte Records

Hermanos Gutiérrez
Live desde Aire Libre Fm
Eight years separate the two brothers Alejandro & Stephan Gutiér¬rez. Born to an Ecuadorian mother and Swiss father, it is in their Latin roots that they draw a certain scenery of emotions. If one of them has a melody and a sound is missing, the other completes it. They share an unspoken understanding through which their souls can connect. And so they find their musical balance, their harmony.  After two albums recorded in Berlin, 8 Años and El Camino de mi Alma, they continued their path with two more albums recorded in Zürich, Hoy como Ayer and Hijos del Sol.
Easy Eye Sound

SAULT
Free
SAULT are an R&B-rooted British collective whose output has integrated numerous styles including retro-modern psychedelic soul, post-punk funk, Afrobeat, and purposefully oblique pop. They have been just as varied from a lyrical standpoint, shifting with ease from affection and heartache to opposition and upliftment. Remarkably prolific, they’ve issued eleven full-length projects, including the debut 5, the Mercury Prize-nominated Untitled (Rise),  and the choral/orchestral Air, since appearing in 2019. At the 2022 Brit Awards, Inflo became the first Black producer to win British Producer of the Year.
Forever Living Individuals

At the beginning of the New Year, I would like to wish you all the best: be well, stay chill and kind!
For the coming year, I am hoping for friendships and communities to develop among psychonauts. We are dealing with at least four separate issues you can get involved in.
The first question concerns the decriminalization of psychedelics for indigenous populations around the globe, whose right to the traditional use of the substances they use must be recognized internationally. Without them, we would not know about psychoactive plants and other herbs.
We do not need to worry about the medical field. This is well covered by psychiatrists and psychologists, by universities, hospitals and clinics that are in good contact with the authorities. I remind you that research is being done with natural or synthetic psychedelic substances at all major Swiss universities, and at many renowned international universities.
The third area that awaits better regulation concerns the private and ritual use of psychedelics, within or outside of a (spiritual) community. It cannot be that I commit a crime with an action that takes place far from the public and concerns only myself.
The fourth area, often scornfully dismissed, concerns the large group of young people who prefer the use of substances, usually in small doses, to dance the night away at parties and raves, giving expression to their inner world through their bodies. Many adults seem to have forgotten how much energy young people have! A body in motion may be able to process and shake off trauma precisely because verbalization is not possible, as emotional experience and conscious content are still lacking. Many admonitions and prohibitions from childhood find their silent grave in the disco.
No matter where and in which of these four areas, it is always about freedom and self-determination. Achieving them is up to all of us. I hope we’ll find ways to bring the right people together!
Please get through the winter well – with or without substantial support! 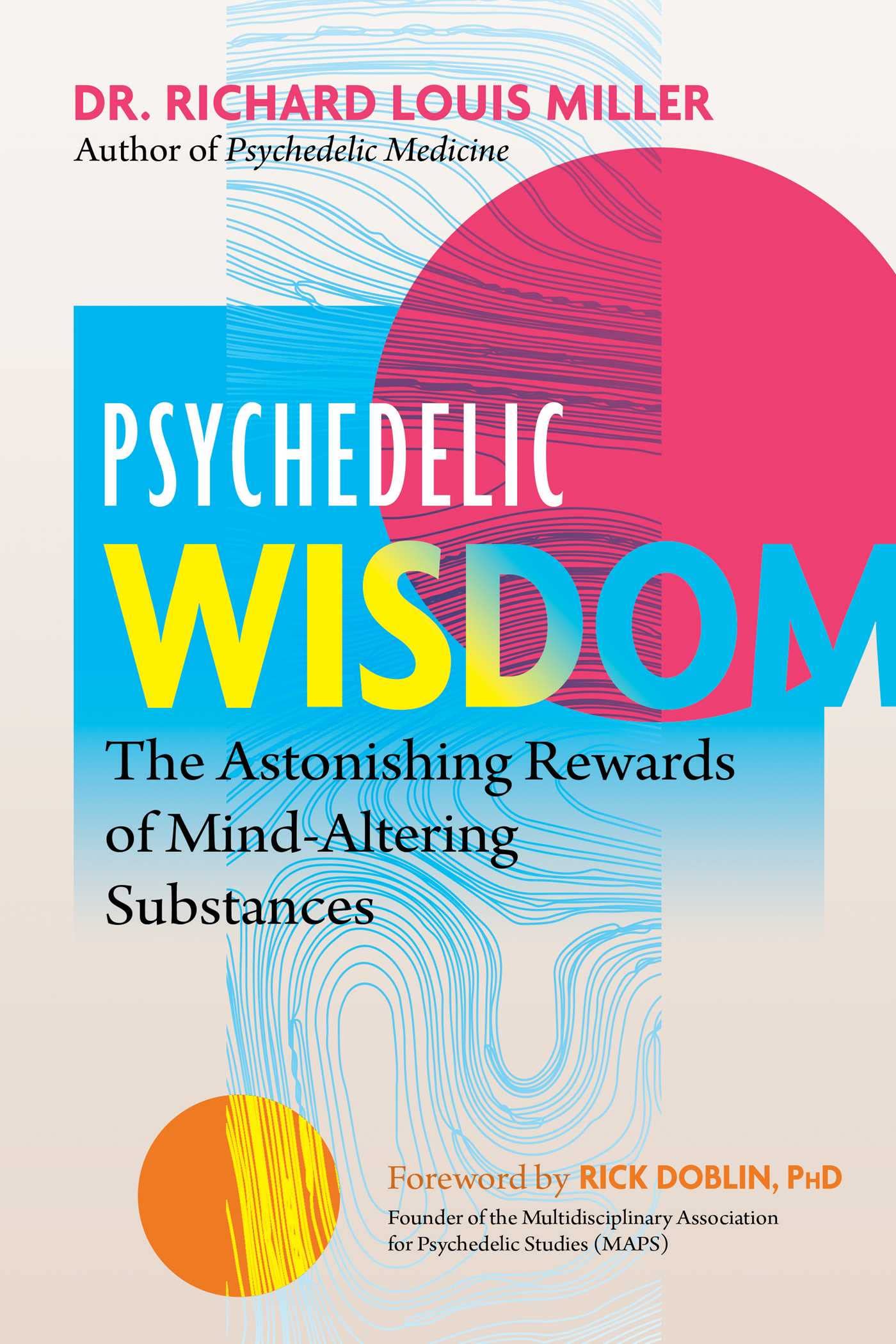 Dr. Richard Louis Miller
Over the past decade, many famous entrepreneurs and celebrities have begun to open up about their life-changing experiences with psychedelics that led to their personal successes. Revealing the psychedelic wisdom uncovered in spite of decades of the “War on Drugs,” Dr. Miller and his contributors show how LSD and other psychedelics offer a pathway to creativity, healing, innovation, and liberation, sharing stories of psychedelic transformation, insight, and wisdom from his conversations with 19 scientists, doctors, therapists, and teachers, many of whom you know.
Park Street Press 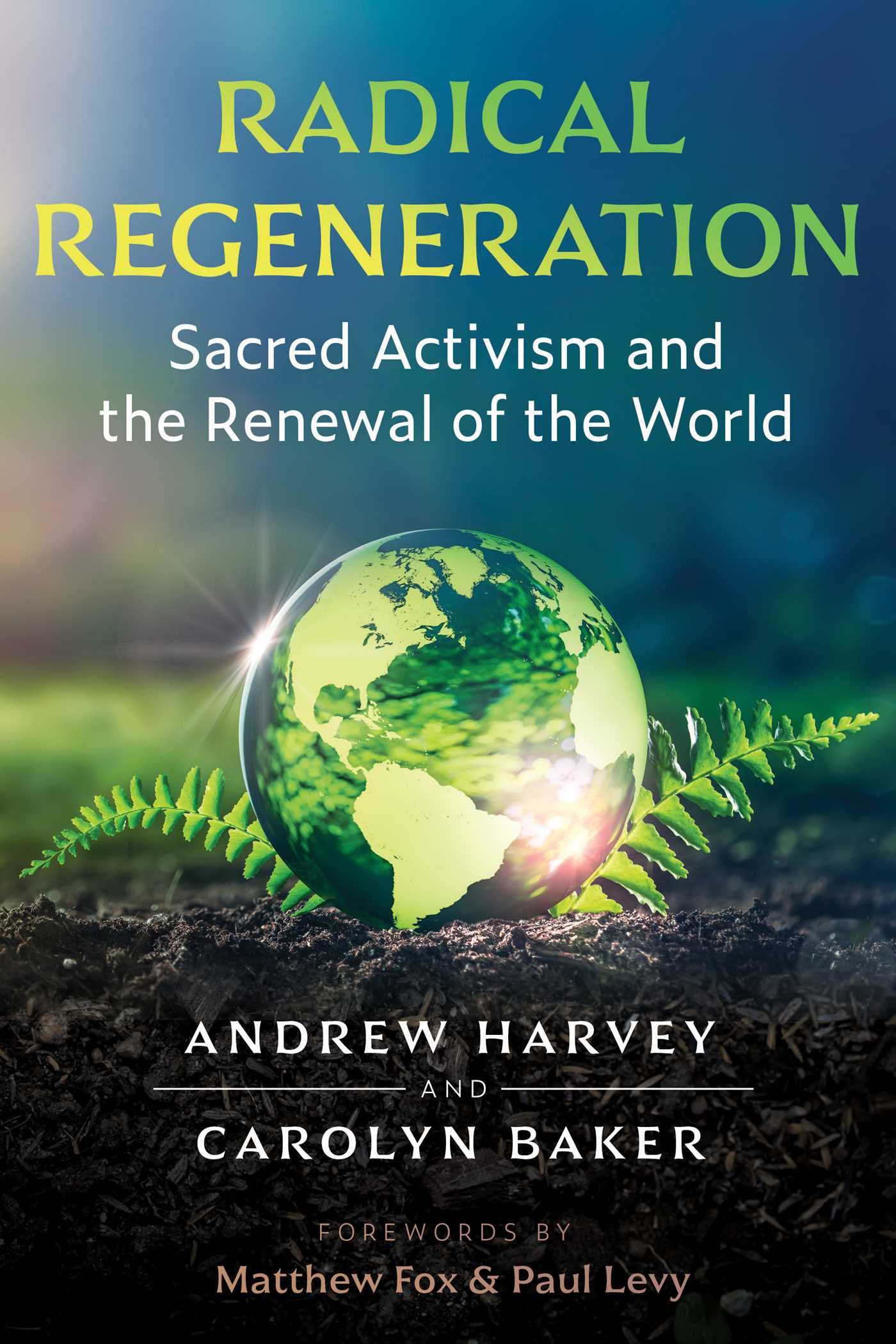 Radical Regeneration. Sacred Activism and the Renewal of the World

Andrew Harvey and Carolyn Baker
Sacred Activism –creative, wise, sacredly inspired action– offers an antidote to the crises facing our world. This book reveals how to uncover and sustain joy and how to use it as fuel for continuing Sacred Activism in dangerous times. The authors include practical maps about transformative mystical traditions. explore potential antidotes, drawn from mystical tradition and Sacred Activism, to help us find inspiration and act in the face of the challenges to our world.
Inner Traditons 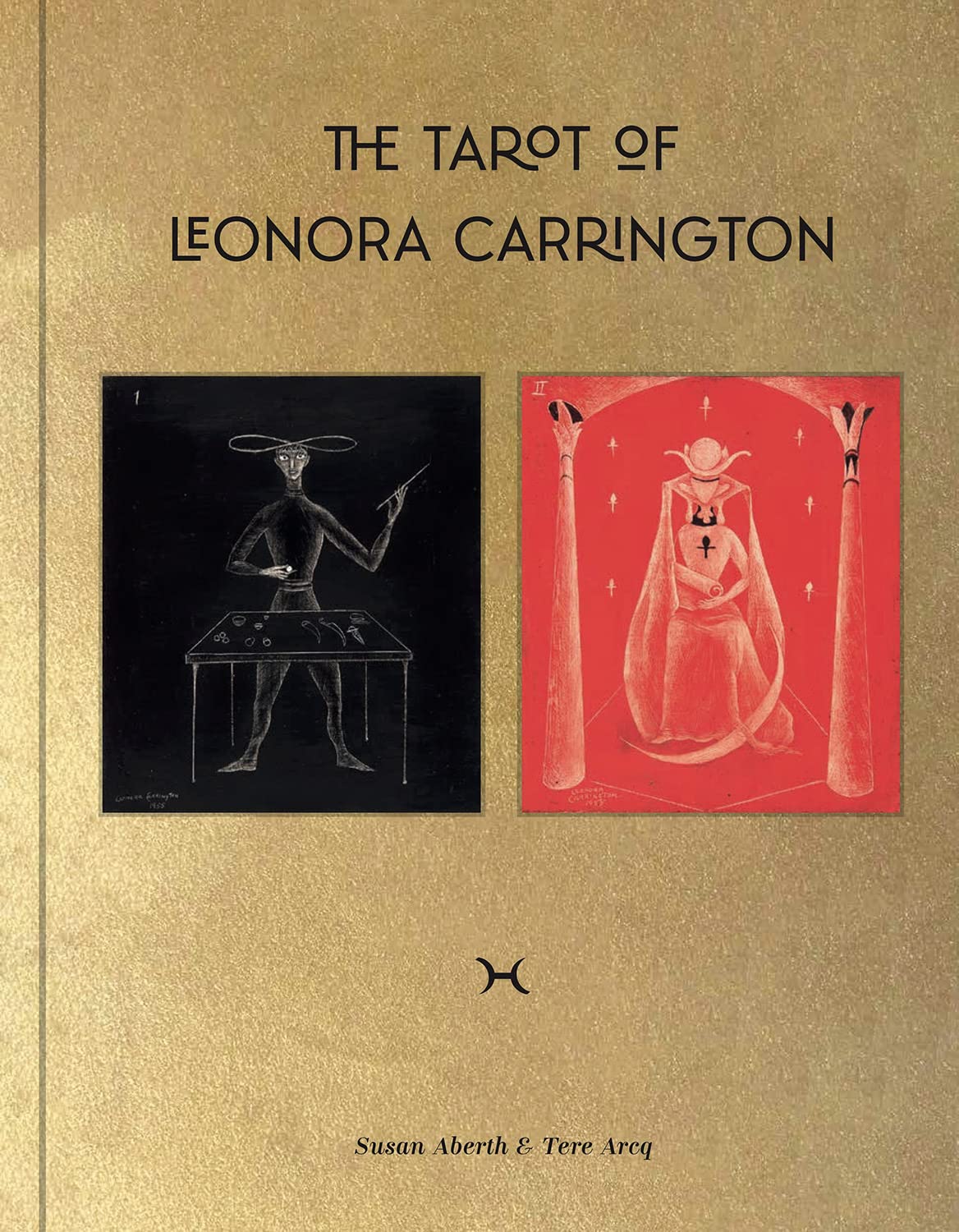 The Tarot of Leonora Carrington

Tere Arcq, Susan Aberth, Harold Gabriel Weisz Carrington
The British-born Mexican surrealist Leonora Carrington (1917-2011) spent a lifetime exploring the esoteric traditions of diverse cultures, and incorporated their ideas and symbols into her artistic and literary oeuvre. She saw the tarot as a model of the universe, rather than a tool for divination. This second, considerably expanded edition explores further the central position that the Tarot held in Carrington’s work and contains previously unpublished photographs and images.
Editorial RM 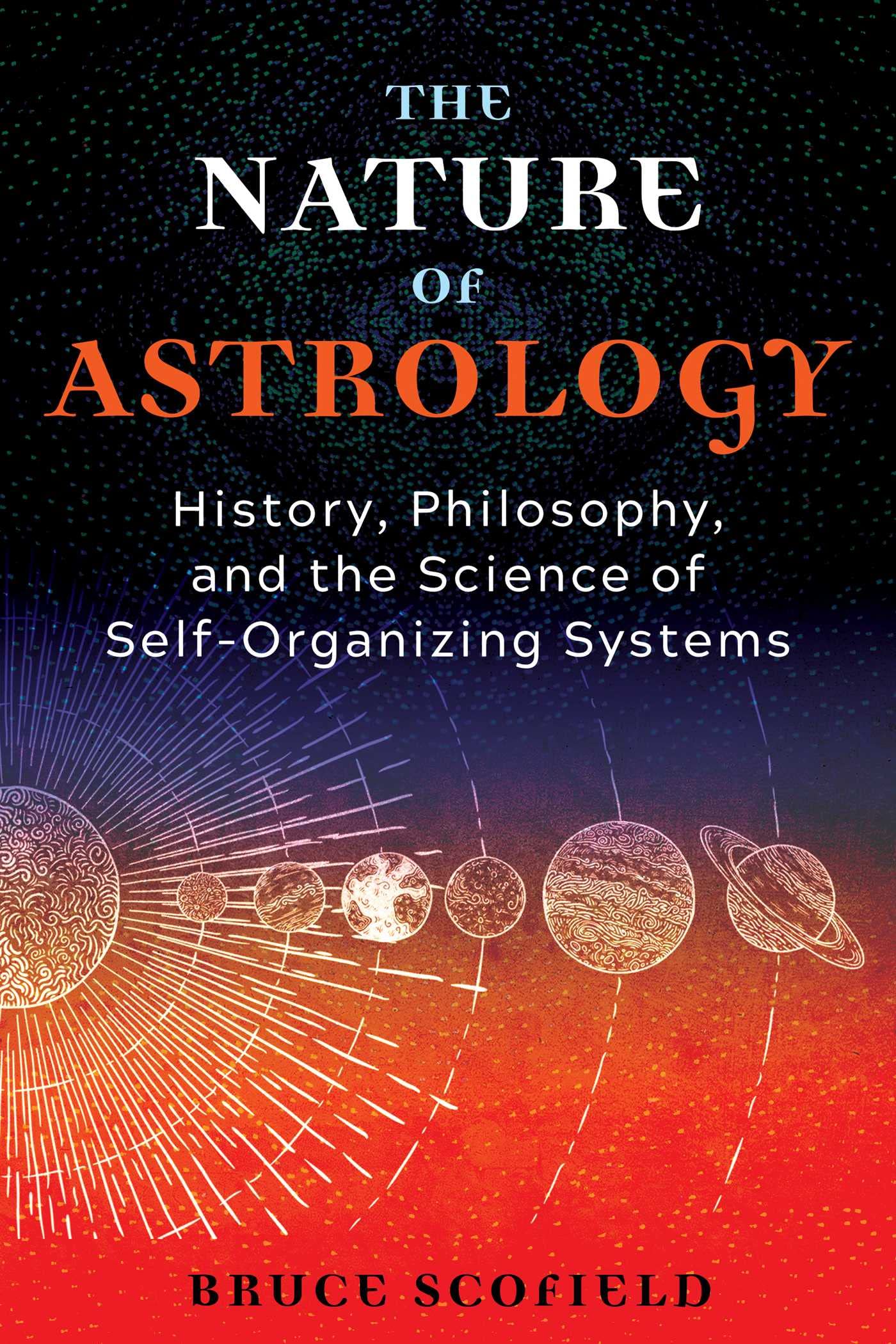 The Nature of Astrology. History, Philosophy, and the Science of Self-Organizing Systems

Bruce Scofield
Bruce Scofield argues that astrology is not only a practice but also a science, specifically a form of systems science–a set of techniques for mapping and analyzing self-organizing systems. Presenting a broad look at how the cosmic environment shapes nature, the author shows how the practice and natural science of astrology can expand its applications in modern society in such varied fields as medicine, history, and sociology.
Inner Traditions 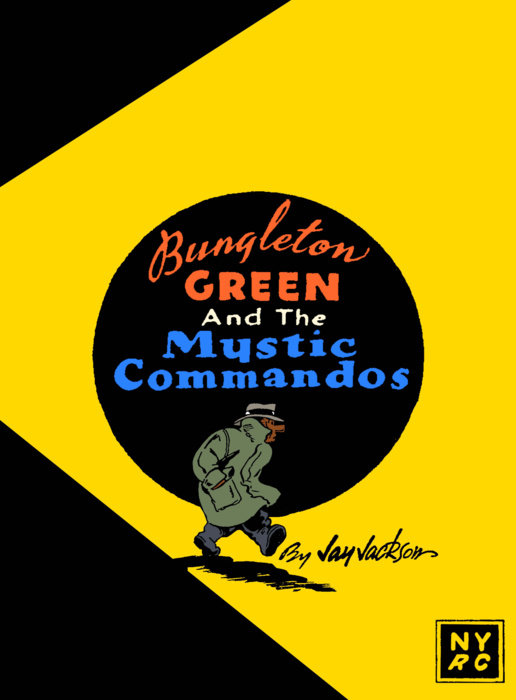 Nature’s Intelligence
Coming Down from the Pedestal
Bioneer podcast with Jeremy Narby and J.P. Harpignies

A good nose
science | Science Alert | 27 December
Women can smell whether men are married or single!

The Canadian Psychedelic Association
The CPA focusses on connecting all facets of the psychedelic community and movement in Canada.